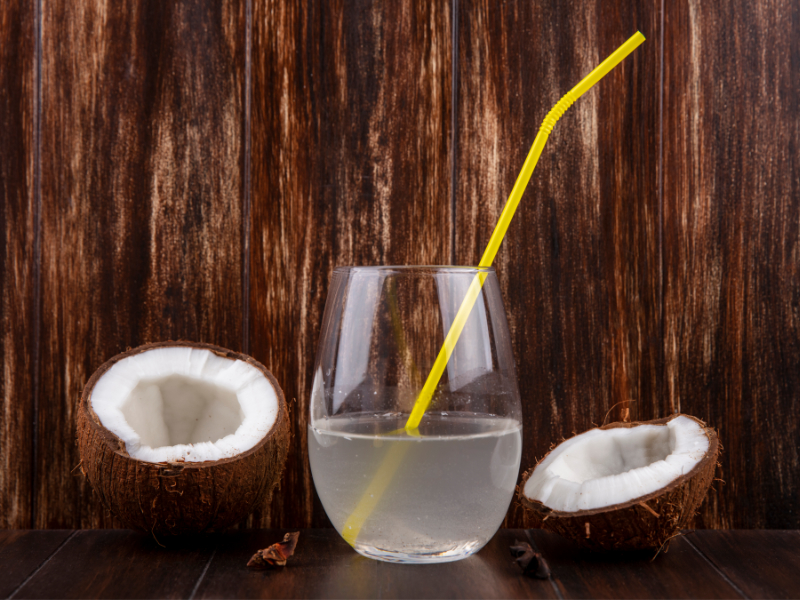 Tender Coconut Water is an eco friendly refreshing drink and also a natural isotonic beverage which balance electrolyte in our blood. Delta lactone is responsible for the characteristic flavor of tender coconut water. The tender coconut water has several functional  activities such as hydrating electrolytic fluid, anti-carcinogenic, anti-myocardial infarction, hepatoprotective, antioxidant, anti-ageing, and anti-thrombotic effects (Campbell-Falck et al. 2000; Loki and Rajamohan 2003). Packed tender coconut water involves collection of water, filtration, adjustment of pH, total soluble sugar and taste, pasteurization, filtration and packaging. Ultra filtration system can also be used to clarify the tender coconut water (Jayanti et al. 2010). It can either be packed in bottles or in cartons. The bottled drink can be stored for three months at ambient temperature. (Reddy et al. 2007) developed a system for non thermal preservation of tender coconut water using low ash filter paper and cellulose nitrate membrane which reduced the microbial population and retained the organoleptic properties. Coconut water is rich in dietary fiber, enzymes, vitamin C, amino acids, minerals such as magnesium and potassium. But it is low in calories, chlorides and cholesterol. When coconut water is applied on skin, it reduces acne, lowers the visible signs of ageing, stretch marks and cures eczema. On drinking coconut water, it boosts the immune system and fights against common cold and flu; prevents muscle cramps, cures heartburn, dengue fever and dysentery; aids the kidneys in filtering the toxins and thus reduces the risk of kidney stones.

water refers to the liquid endosperm of a tender coconut at an age of approximately 9 months from time of pollination, the period before the solid endosperm or white meat forms. It is a pure and nutritious beverage in the natural state. The coconut husk is an excellent package for the water which contains sugars, minerals, amino acids and vitamins.

Tender coconut water is a natural source of electrolytes, minerals, vitamins, complex carbohydrates, Amino acids, and other nutrients. The natural carbohydrate content is between 4-5% of the liquid solution. This makes coconut water particularly suitable for the burgeoning sports drink market. According to Sports Science Institute (USA), sports drinks containing under 5% carbohydrates are likely to provide benefits, while those exceeding 10% carbohydrate content, like most soft drinks are associated with abdominal cramps, nausea, and diarrhea.

Isotonic and bacteriologically sterile properties of fresh coconut water, straight out of the nut, promoted its use as a direct plasma replacement by military forces in the Asian theatre of combat during World War II.

It has caloric value of 17.4 per 100gm. "It is unctuous, sweet, increasing semen, promoting digestion and clearing the urinary path," says Ayurveda on tender coconut water (TWC).

There is a rising demand in the world for coconut water as a healthy natural beverage. Different coconut varieties are used in different countries to be processed as a natural drink. The coconut form “King coconut” has long been used in Sri Lanka as the ideal coconut variety for this... read more

Coconut water (coconut liquid endosperm), with its many applications, is one of the world’s most versatile natural product. This refreshing beverage... read more 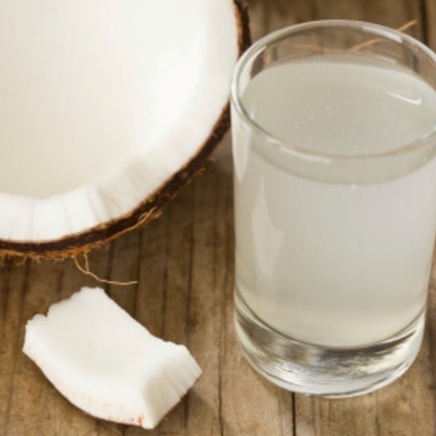