As expected, global demand of activated carbon in 2020 declined amid the pandemic.  In the period of January-December 2020, global imports of activated carbon were 0.83 million tons which was lower by 6.2% compared to the 2019’s volume. USA was the largest importing country for the product followed Japan and Germany. USA imported 83.8 thousand tons which lowered by 12.5% as opposed to the volume a year earlier. US import of activated carbon derived from coconut shell charcoal shrank as well. US Census Bureau recorded import of the product was only 44,787 MT or dropped by 14% as compared to previous year’s volume. Meanwhile, Japan imports of activated carbon fell by 11.5% to 77,053 tons against the previous year’s volume of 87,041 tons meaning that Japan experienced lower demand of the product for two consecutive years. 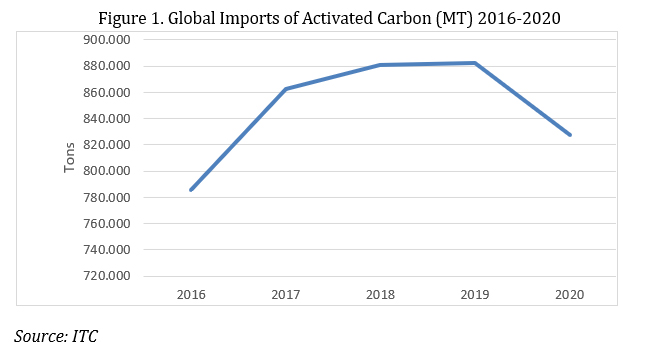 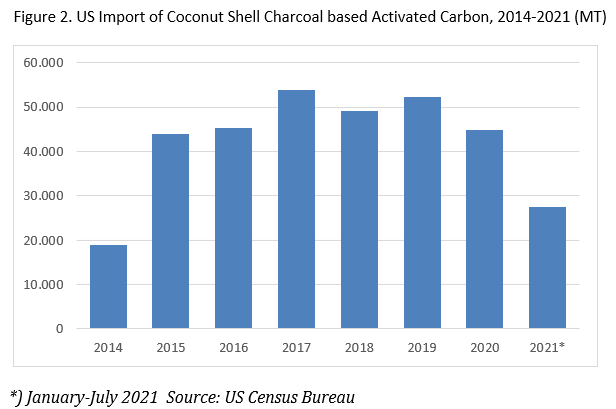 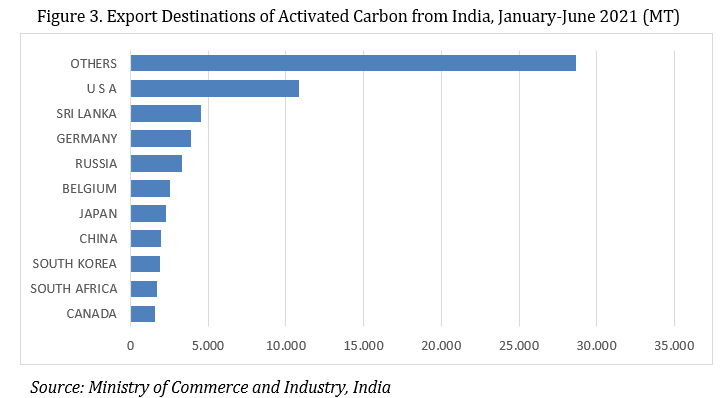 Another major exporting country which is experiencing an increase in export volume of activated carbon is Philippines. Export volume of the commodity from the Philippines during January-December 2020 was 76,979 MT. The export volume declined by 1.5% as opposed to the previous year’s volume. During January-April 2021, export of the product reached 24,761 MT which was lower than the previous year’s volume of 25,730 MT. During the period, major importing countries of the product from Philippines were Germany, Japan, USA, Sri Lanka and Indonesia. 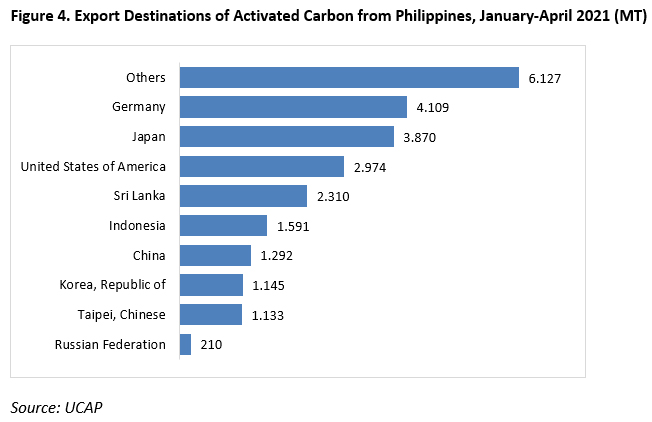 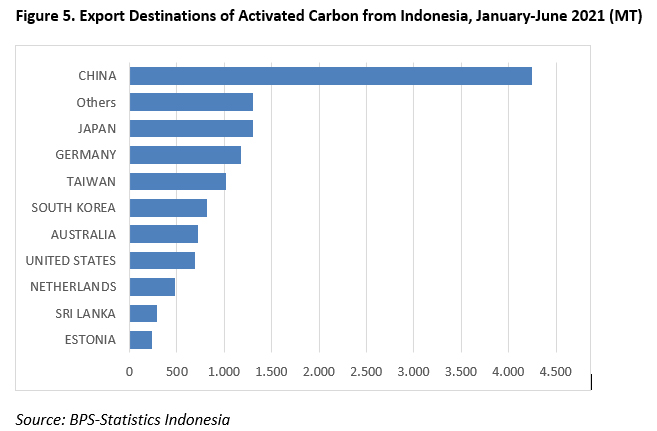 Price of coconut shell charcoal in the first half of 2021 maintained its high level. During January-July 2021, monthly average of the price was USD593/MT in Indonesia which was 10% higher than a year earlier. In the same period, the price average in Philippines was 41% higher as opposed to the previous year. Similarly, average price of the charcoal increased in Sri Lanka by 37% compared to the same period in 2020. The price is expected to keep in high level attributed a tight supply due to lower coconut production in those countries. 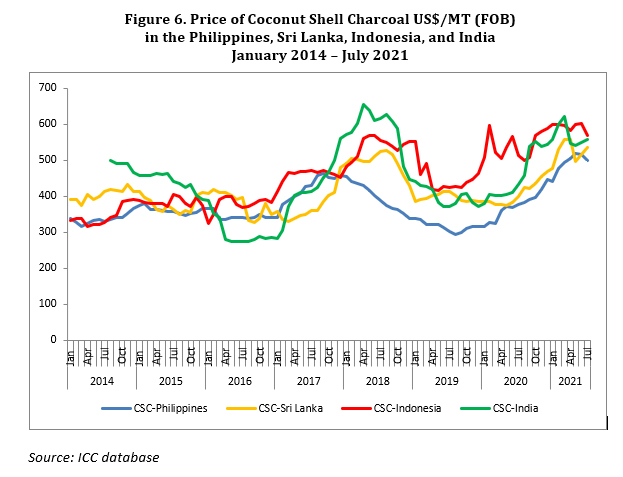